Samsa woke from troubled dreams, he found himself transformed in his bed into a horrible vermin. He lay on his armou like back and if he lifted his head a little he could see his brown belly 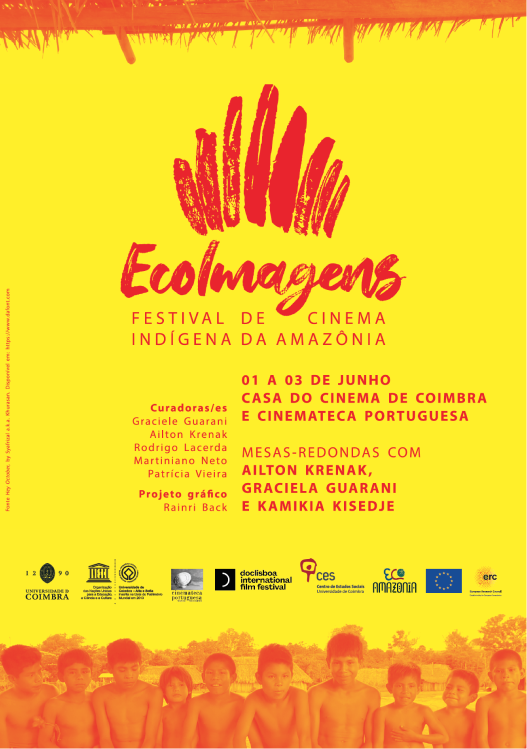 For the West, Amazonia has been, over the centuries, a blank canvas upon which diverse conceptions of the natural world are projected: a Paradise already lost to the rest of the world; an El Dorado of fabulous riches; a territory of unsuspected dangers; the last redoubt of a wild nature; an area where unbridled extractivism and savage capitalism reign, and so on. But what is Amazonia for the peoples who have inhabited the region for thousands of years? How do these populations relate to their land? How do they respond to images coming from outside about their territory? And how do they relate to other Indigenous peoples of Brazil and South America?

EcoImages presents a selection of Indigenous cinema about the Amazon, which focuses on the bond of the peoples of the region with their land, in dialogue with Indigenous productions from the rest of Brazil. At a time of globalisation, deterritorialisation and dematerialisation of human relations, in which a large part of our lives take place online, in a virtual and decontextualized reality, this cinema draws attention to the centrality of physical and emotional ties with certain places and human and non-human beings which give meaning to our existence. In the images brought to us by these films, Amazonia ceases to be a distant place, idealised by an external viewpoint, and becomes a concrete and palpable reality through the daily lives of Indigenous peoples intimately linked to the places and beings of their region.

The filmmakers represented in this Festival use cinema, a technique developed in Europe, to document their lives and present us with their perspective on their land. In contrast to the representation of South America and its Indigenous populations as objects of the Western gaze, these films bring us a vision rooted in local reality. The filmmakers respond to the challenge of using cinematographic images not as a form of objectification, but as an invitation to see their world with other eyes. Through these films, we feel the Amazon and Brazil as places where people, animals and plants have lived together for millennia and where they struggle to continue to co-exist in this world threatened by environmental destruction.